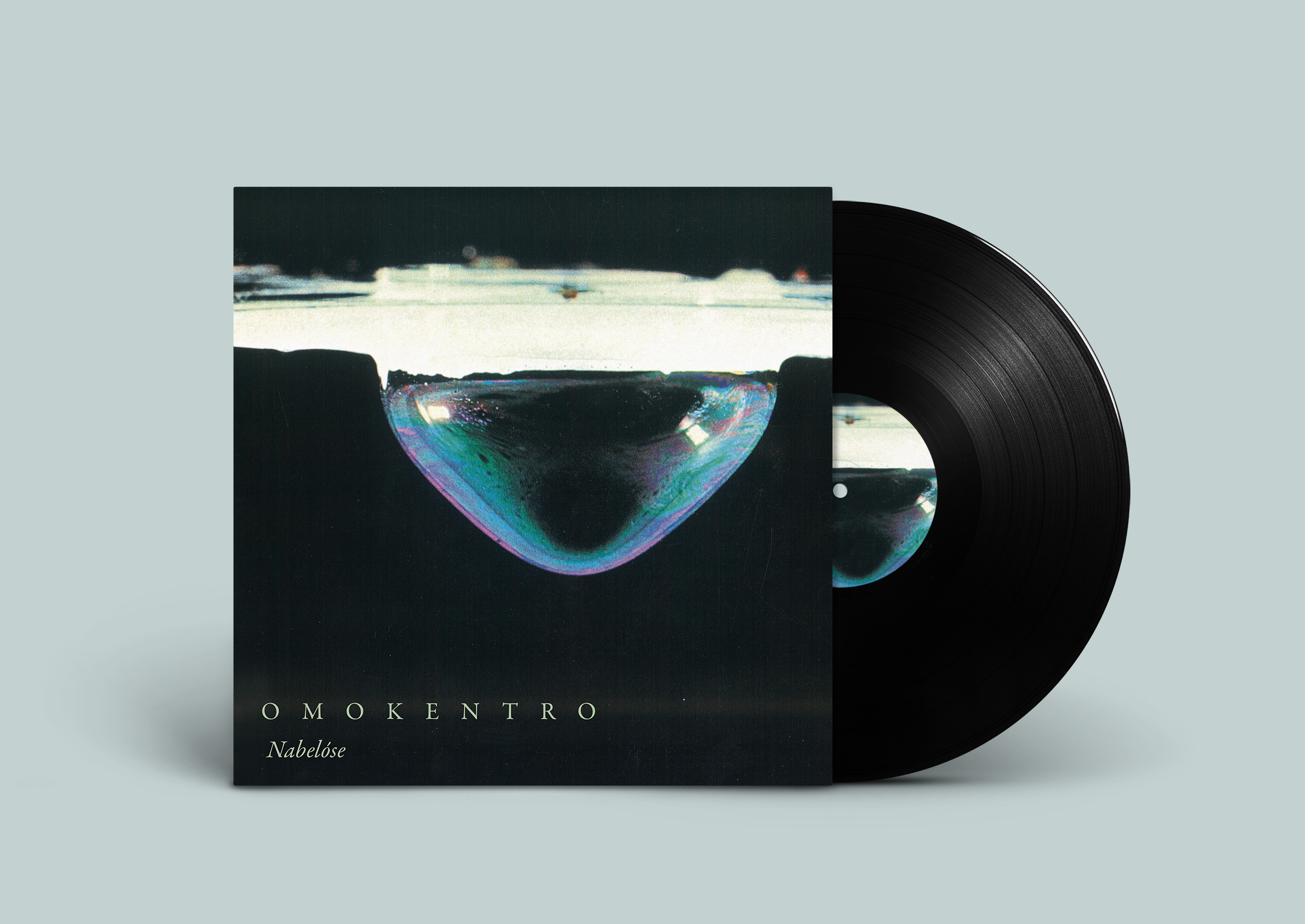 Our latest release from the depths of the big water reservoir in Berlin – which is home to our very own Speicher festival – is out now! We are very happy to finally share Nabelóse’s “OMOKENTRO” with you. The 45-minute album is now available on Bandcamp, in our webshop and can be streamed on various platforms. You’ll find more information on this release below and can listen to the first three tracks here:

“OMOKENTRO” is the second release of Ingrid Schmoliner and Elena Kakaliagou’s “Nabelóse“ that sees them blend their voices with the sounds of the former’s prepared piano and the latter’s French horn. Recorded in the big water reservoir in Berlin-Prenzlauer Berg as part of the fourth edition of bohemian drips’ “Speicher – festival for site-specific music“ in 2020, this LP captures a one-of-a-kind performance, influenced both by the surroundings’ idiosyncratic acoustics as well as by two very different social environments—with and without an audience. Spanning over 45 minutes, “OMOKENTRO” takes the attentive listener on a journey through time and space—not only reminiscent of the duo’s music reverberating through the reservoir but also through the memories of its enchanted visitors.

The duo draws on a variety of musical influences ranging from New Music to Minimal, as well as, occasionally, Greek folk music, or their own English-language compositions for voice in order to integrate them into their artistic approach. When playing together, they blur the lines between composition and improvisation while being mindful of the resonant qualities of the space and the people around them. The duo interacts with sensitivity and freedom to each other as to the environment and the audience, that become both a source of inspiration and resonant bodies in this process. Ingrid Schmoliner works with a piano, prepared with wooden sticks and even porcupine needles as well as e-bows to approximate the aesthetics of electronic music through the use of mostly acoustic means. Elena Kakaliagou invents unconventional new techniques for her horn, that make the instrument sound like the wind, the sea, or like a roaring animal; a few minutes later the well-known lyrical sound of the french horn accompanies the voice of Ingrid Schmoliner in a more classical duo.

“Tauchen” and “Kern” explore the stunning acoustics of the water reservoir by gently and slowly filling the space with sustained tones and subtle rhythms that become more demanding the further the second piece progresses. In “Walking”, “Wolf’s Path” and “Amygdalaki” the presence of the audience creates a more dense and multi-layered overall sound. This becomes noticeable in “Wolf’s Path”, which takes a similar approach to the first two pieces, but whose dynamic is more tense, though, despite the urgency of their playing, Schmoliner and Kakaliagou leave each other space to unfold. “Walking” is one of Schmoliner’s compositions for voice, while the song “Amygdalaki” works with a popular melody from the island of Skyros in Greece.

“OMOKENTRO” highlights Nabelóse’s unique musical approach at the intersection of composition and improvisation, sound and space while also once more showcasing the impressive acoustic affordances of the space in which it was recorded (the record follows previous releases on bohemian drips made for, with and in the same place by Microtub, Tomoko Sauvage and Axel Dörner & Richard Scott). Captured in binaural audio (Kunstkopf stereophony), the music and sounds from this album will relocate the listeners to the actual recording scenario. 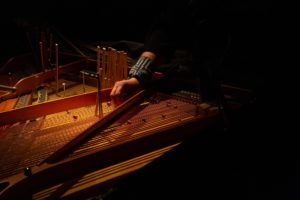 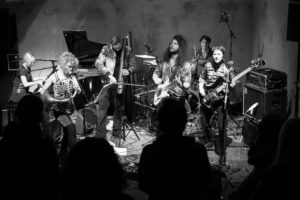 Berta Berlin shot a concert video of Dog Dimension feat. “The Sticky People” at ausland – for this premiere, the power trio expanded their classic bass-guitar-drums setup by french horn, grand piano and cello. 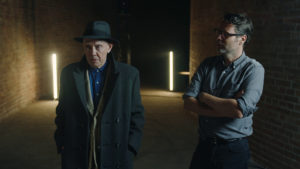 Thimbleriggers, cymbal-sliced cucumbers, an egg-cutter and seven dictaphones: We talked with Jan Jelinek & Sven-Åke Johansson about their musical approach and their performance at “Speicher IV” (2020). 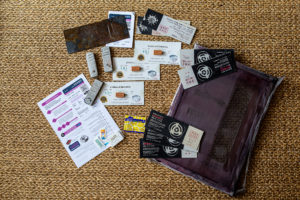 Our infamous physical “Speicher” tickets are now available for purchase at Zabriskie book shop in Kreuzberg and Staalplaat record shop in Neukölln. 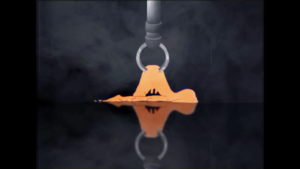 One week before the release of “Endless Summer”, the song “Sticky People” was pre-released with an extraordinary animated music video. 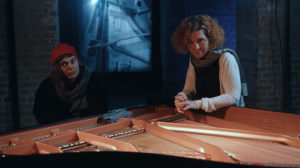 We asked the duo NABELÓSE (Ingrid Schmoliner & Elena Kakaliagou) a few questions during the rehearsals for “Speicher IV”.